Greetings, and welcome to Day 4 of the Now and Then Series!  When last we left our suburban mom, a favorite Arms/Shoulders workout was teed up for execution.  Did she do it?  Yes!  Despite the crazy snowstorm that’s into its third day, propelling us all into a wintry oblivion (and a day off from school).  The Lobster bravely took the reins, as he often does, and the gym was first-of-all open and remarkably busy for such an arctic day. 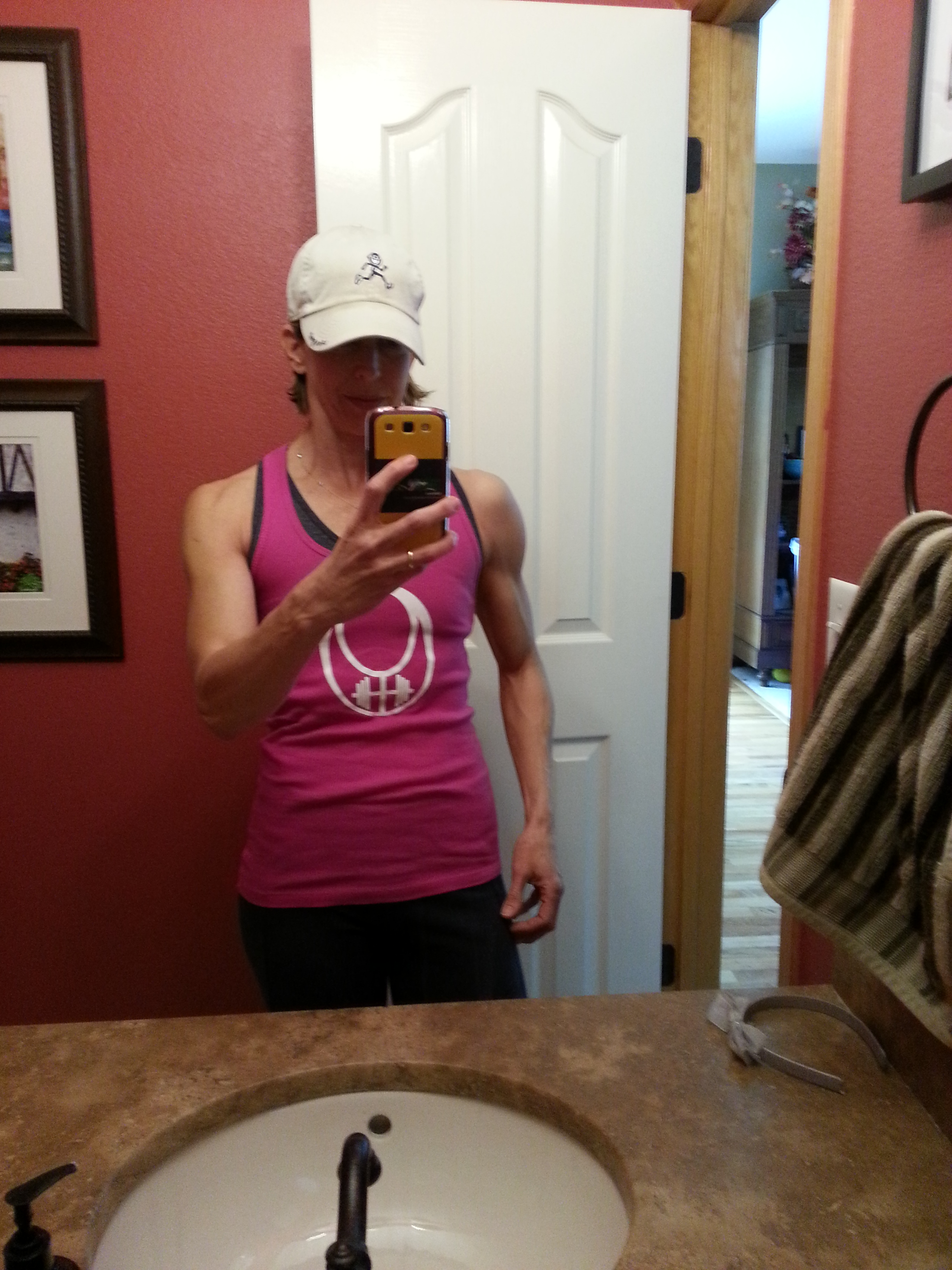 I did enjoy my favorite workout and only had to make a few adjustments when the shoulder felt a bit twingey.  I included this progress pic (or lack thereof) to show you that even though I have not worked the right shoulder in a month, it’s still decently developed and hasn’t disappeared.  I attribute that to upper body compound movements like pull-ups and mature muscle, which we’ll get into with an upcoming post.

Overall a solid performance and a really fun finisher – it sounds so impressive when you add it all up:  200 jumping jacks and 60 jump squats (I did 15 each set, as the 10 turned out to be too easy).  I even timed myself with a new stopwatch app on my phone.  You may not realize how archaic my technological landscape is.  Actually having and putting a smartphone to good use is big time for me. 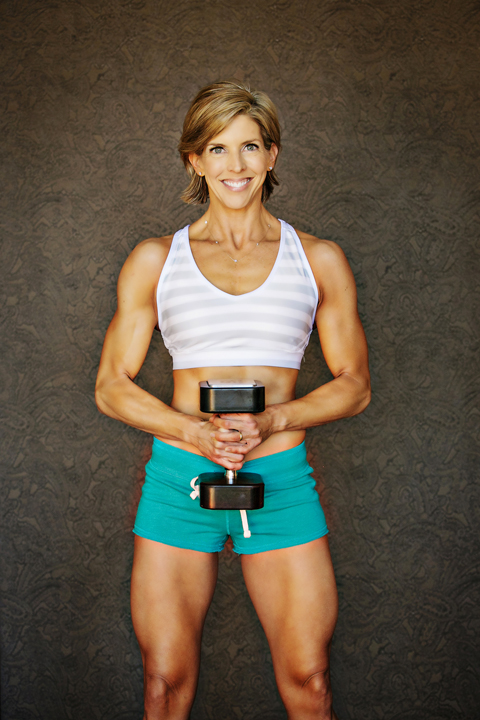 So tomorrow.  Just call me Zilla de Quad, because my quads are plenty developed at this point.  Not much has changed since Photo Shoot #2.  For this reason, my second leg workout for the week will focus only on the posterior chain – glutes, hams and calves.  I originally got this idea from my blogger friend, Rose, at On The Go Fitness.  I feel like she and I have similar body types, and it seemed to work for her (and she’s got an awesome physique) so I gave it a try.  It’s been working well, and I’ve finally been able to carve out a smidge of the hamstrings and define the butt a little more.

Let’s get to it.  If you don’t see the details for the exercises from 2011, it’s because you’ve already seen them in this week’s first Leg Workout or they’re new, but I’ve still included the current weight for reference.

5 sets of 8 for all sets, which means *PRs for most (I usually only perform 4 sets)  Doing this series has given me some extra giddyup this week.  Thank you!

STANDING LEG CURL ON LEG EXTENSION MACHINE   this is a new one a trainer friend taught me because we don’t have an official standing leg curl machine at our gym, and I’ve actually never done it before.  I’ll have to get back to you with the numbers.

No ABS or CARDIO today

There you have it, and legs are done for the week!  Stay tuned for tomorrow’s final workout, a total upper body combo, abs and one last session of conditioning.

How often do you work your lower body?

What’s your most effective move?