Did I ever mention that I used to work in a dog salon? In May of 2011 I was a wife, mother of a grade-schooler and a part-time receptionist at a locally owned grooming and self-wash shop.  By now you are keenly aware of my obsession with fitness, but prior to that there was (and still sort of is) the obsession with dogs.  We’ll leave that topic for another post, but suffice it to say that I was in dog heaven at my new job.

Things were going well – my daughter loved being at school, I loved having several consecutive hours to myself, and I was making a little income working for a wonderful couple and feeding my obsession with some exceptionally cool canines and their people every morning.  Everything appeared to be great until it hit me one afternoon as I was getting dressed for a kids’ pool party.

Because my little chicken was not yet an independent swimmer, I would need to accompany her into the pool for the entire swim session.  I grabbed my trusty black Old Navy one-piece, which had served me well over the past two slowly expanding years.  It gave good coverage, had a flattering neckline and was my last-ditch effort to avoid a suit with a skirt.  I generally felt OK in it, but that day something changed.  I stood there and gaped at my reflection in the mirror.  Having not worn a swimsuit in 7 months, I’d expected to look a little pasty, a little momish, maybe even a little frumpy…but WHAT was THIS?  WHO was this CREATURE standing in front of me all misshapen and upholstered?!?  I certainly had not given her permission to be in my bedroom, let alone wear my clothes.

I collected myself and threw on my cover-up.  I tried to put that person out of my mind and get on with the day, so  I rustled up the little person, all her accoutrements and headed for the pool.  Upon arrival I was greeted by the birthday girl’s parents and a few other sets of little people supervisors, most of whom may I add, were fully clothed.  This was not good…not goot at all, and my stomach sank.  I was hoping to at least commiserate with some other not-so-in-shape-after-the-long-cold winter types. 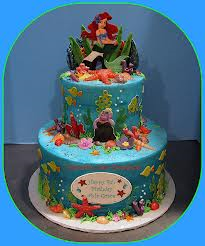 No dice.  I was completely alone in my blubbery gloom as the other little tykes swam swimmingly in the kids’ play area.  Determined not to spoil my daughter’s fun, I managed to slither into the pool without too much of a splash, but felt miserably anxious and preoccupied during that entire hour.  By cake time I was out, clutching a towel around my middle, trying to make small talk as I half-enjoyed my customary slice.  It was chocolate (not my favorite choice) and dry, like chocolate always seems to be.  And the small talk fell dreadfully flat because all I could manage to do was apologize for how out of shape I was, and how miserable I felt and on and on.  I eventually got sick of hearing myself, and figured everyone else did too, so I finally shut up.  I cringe now just thinking about it, but in that moment emerged the beginning of the end.  I had started the transformation.

After I got home that feeling of less-ness stayed with me.  I was disappointed and sad because I’d let myself go, and I had become that stereotypical mom in her 40’s who had just given up.  I realized that this year had marked the second round of clothes purchased in larger sizes to accommodate my recent growth.  Two rounds of acceptance of a myth that turns out wasn’t really true AT ALL – you get older and you get out of shape.  It’s just a fact of life.  That was B.S., and I finally called it on that day.

But how did this happen?  I had been lifting weights for over 10 years!  The problem was that for the year I’d worked my part-time job, I had no time to work out, and I’d been indulging in fast food lunches ordered in by my co-workers.  Let’s just say I was a ‘mature’ addition to the team, so the kids I worked with had no issues with metabolizing chicken fingers and pizza on a multiple-meal basis.  As a 42 year-old, who’d fallen off the workout wagon, this was clearly the potholed path, and I needed to make a change.  So I resigned from the dog shop.  It was a really hard choice to make, because I loved it, but looking back on it I realize it was for the best.  Ultimately the Lobster was relieved as well, because he had been secretly struggling with his assigned domestic duties, and was ready for me to lead the charge once more. Some dads are cut out for this type of work.  Some are not.

I believe in the meant-to-be situations of the world, and this one was no exception.  It just so happened that on my last day at the dog shop, the principal of my daughter’s school called to offer me a job.  I had interviewed with him 6 months prior, when the dog business was in transition, and my job status was unsure.  Though I hadn’t been chosen after that first interview, I was recommended for a new position as a playground and lunchroom supervisor.  The key was that it was about 6 hours per week;  totally doable because I would work only during school hours and I had weekends, holidays and the summers off.

Now that I had some valuable time back in my pocket, I sat down with my Body Sculpting Bible for Women  and reread the whole thing cover-to-cover.  I took special care to absorb the nutrition section, making myself understand the numbers behind it.  Do you hear the faintest flicker of the light bulb FINALLY going off?

My initial goal was to be able to fit into the clothes I’d brought with me from Texas in 2008.  I did this within a month and a half by working out 5 days per week and eating (mostly) clean.  Once I surpassed that goal, I was feeling great, and upped the ante.  I kept whittling away at my eating habits and decided that although I didn’t necessarily want to compete, I wanted to look like I did.  I still maintain that progress can be one of your biggest motivators, so use it! Enter Oxygen.  Oxygen was a magazine I’d read for years, so with my new aggressive goal in mind, I poured through all the issues I’d collected.  I somehow zeroed in on Jamie Eason, whom I’d never really noticed before, but was writing for Oxygen at the time.  I liked her look, upbeat attitude and kind nature, so I did some surfing online and found her strong connection with Bodybuilding.com.  This site really gave me some good resources to pull from, especially the inspirational stories of people who’d completely changed their lives, and Jamie’s LiveFit Trainer.  I also began following Nicole Wilkins and Erin Stern,  IFBB Figure Olympia Champs, on Facebook.  The goal was not to actually look like them, but to train and eat like they did so I could achieve my best physique.

I credit these fitness celebrities for a lot of my success.  Without their generosity and virtual support, I’m not sure I’d have had the knowledge and courage to really go after my dream.  They made me believe I could do it, and I did.  It took hitting the bottom to inspire me to shoot to the top.

And the rest is history.  I am still working out with a vengeance and eating clean at least 80% of the time.  And I’m still improving.  Still!  After two years!  That is one of the most unexpected gifts of this lifestyle – it just keeps on giving.

Were/are you at rock bottom?  What did it take for you make a change?