I know the phrase may sound a little confusing as it’s usually expressed in the reverse:  the beginning of the end.  However, that simply doesn’t apply to the wonderful new group of clean eaters that I have been privileged to watch bloom over the last 30 days during the Detox Bootcamp.  They are not at the finish line as they close out the final days.  They are just beginning, and off to a rousing start with no end in sight.

The key to success for sustainability with any new set of habits is progress, which then feeds into momentum.  That combination will propel you like no other motivator, and I am even more convinced after the results of this exercise!

Such things as pounds and inches lost, energy, clarity and focus gained, along with general feelings of well-being and enlightenment just scratch the surface of what this lifestyle is about, and I can’t wait to hear the updates as they are reported a month, 6 months, and especially a year from now.  Clean eating is the gift that keeps on giving, and I’ll be ready to give you an earful so clear your news feed!

As for me, and my results, they are about what I expected and along the lines of what I reported a few short weeks ago.  And no you don’t get a progress photo with the accountability shorts (yet).  In the interest of progress integrity I will provide another post about that whole debacle soon.  In the meantime I don’t want to bore you with images that lack inspiration.

So on to the particulars.  The Detox Bootcamp eliminated the following:

For me sugar, soy and alcohol were mostly out of the picture, but I have a few notes on the rest. 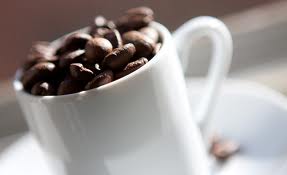 COFFEE  It was truly a startling discovery to learn that I do have a drug addiction.  I can’t say that I’ll give it up forever, but I do know now that I won’t die without it.

PEANUT  BUTTER  After all my trial and error and painstaking progression from crap to clean versions, it seems I won’t be eating it anymore.  It really really messes with my gut and gives me all kinds of bloat and gas.  Almond butter is my new natural (though pricey) ally these days, and I’m totally cool with that.

DAIRY  I so was ever so reluctant to let this one go, and will certainly be incorporating it back into my regular fare since it doesn’t seem to cause me any issue.  I came to notice that the only food I eat in this category is fat free plain greek yogurt anyway.

GLUTEN  At one point I thought this might have caused an issue, but after close inspection, I think it’s fine for me.  As with dairy I don’t eat much in a day.  I will enjoy going back to my sprouted grain bread, but am now having second thoughts about the treasured 7 Reduced Fat Triscuits that I’ve relied on as a complex carb serving for 2 years now.  Despite their admirable 3-ingredient list, I’m very aware that using them as a complex carb is borderline sketchy, and after recently learning a lot about soybeans and the oil derived from them, I’m looking to make a switch.  I have tried a few gluten-free options that taste great and have impressive ingredient labels.  However, their snackiness only encourages me to mow through entire boxes/bags of them in one sitting.  So ixnay on that.  I’m thinking about sweet potatoes more and plan to try them as a stand-in for awhile, provided I remember to prepare them ahead of time.

THE BAIT AND SWITCH  Per many experts, a detox requires enough time for your body to rid itself of toxins, providing a proverbial clean systemic slate so that reintroduced foods are more easily analyzed for potential issues as they are added back one by one.  The amount of time as well is what is allowed for consumption is as subjective as your taste in workout gear.

My goal was to find a program that hit the key addictive foods such as sugar and alcohol for a long enough period to give elimination sustainability for the forever haul.  Did you notice I chose a plan that very much mimicked the way I was already eating?  Well, it was no coincidence, I assure you.

I firmly believe that one can identify offending foods within a two week period of cutting them out.  However, I am convinced based on my personal experience, that it takes at least twice that time to be rid of the cravings long enough to be mindful and sane about your attitude towards those foods and decide IF THEY WILL EVER renter your plan.

To sum it up, the participants signed up for one thing and got something else entirely: tools for building a solid, clean-eating lifestyle.  So it would be safe to say that those who exit the detox are optimally set to succeed because they’ve already been doing what they need to do for 4 solid weeks!  To me that was the hardest part, and what’s not to like about being ahead of the game?

WOULD I DO IT AGAIN  It was tough losing the cheat meals (and I can’t honestly say that I was 100% for the full 30 days), but after the variety of holiday insanity I participated in with this season’s food, I needed a swift kick to my backside upholstery.  I would ABSOLUTELY do this detox again, and would highly recommend it to anyone who is planning or even thinking (or barely considering) getting healthier.  I just can’t put into words all the wonderfulness the benefits bring.  You just have to experience it.

On the fence about trying a new lifestyle?  Then get off.  I promise you you’ll wonder why it took you so long to dismount.