What my mother says about time rushing by you in the blink of an eye is accurate. And for me it’s been even more true since last year when I transitioned 43fitness from the blogosphere into the commercephere. Running a family, a business and a personal fitness regimen is exhausting and I’ve always got one ball on the ground, despite my repeated attempts to keep them suspended. 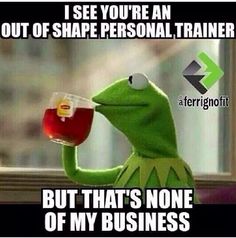 For the past 6 months, that ball has been my personal fitness regimen (well that and the laundry, but we all know I’m a slacker with more than a few of my domestic duties). The old adage of the cobbler’s children having no shoes is alive and well in my domain, but it’s less to do with footwear and more to do with the training of the trainer. Or lack thereof.

With my new work schedule and recent injury, my personal training hasn’t been very personal. In fact, it’s resembled a physical therapy session because that’s about the pinnacle of my strength training the past month. Neck stretches and chin tucks.

More on the jacked neck in another post because I have YET to figure out what caused it. At this point, though, I am enjoying some promising progress and it has nothing to do with rest, PT or anything else physical. It’s too soon to tell, but stay tuned because if it’s what I think it is, you’ll be as stunned as I am.

So the point is that it’s been 2 years since I’ve had photos taken. At the culmination of a transformation photo shoots are expected, and sometimes for busy moms like me, they’re actually necessary for that final push toward the greatest potential.

It’s been a long time, and I am feeling that tug again as I prep for the three-quel to The Photo Shoot and Photo Shoot #2. Of course this had to happen as I reach the summit of UNfitness and injury. I don’t care, though. I’m still going for it.

You wanna know why? It’s because of one thing. You know how I’ve said in the past how diet helps with keeping the progress going? Well I am living proof of that this year, and I have the numbers to back it up.

In January of 2013 I had just published one of my most popular posts, The Carb Cycling Experiment Results! This was basically the final report of a 3-part series covering my preparation for photo shoot #2. 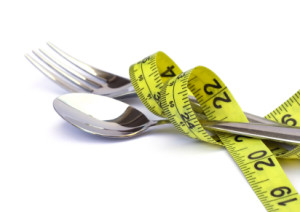 Amazingly enough, 2 years and 4 days later (with a lot of not training under my belt) my measurements are within 1 inch or less of the measurements* I took on the day of that photo shoot.

I was so scared to take them this morning, kind readers, because I haven’t weighed much or taken measurements since those last photos, and the scale was telling me otherwise. Roughly 8 pounds otherwise. But it was false fear, and I should follow my own advice and KILL THE SCALE.

*This does not go for the hip measurement. My hips include my new, rounder glutes that I have worked hard for, for well over a year. That measurement discrepancy is a full 2.5 inches. And I’ll take even more because having a shapelay bootay is my thang. 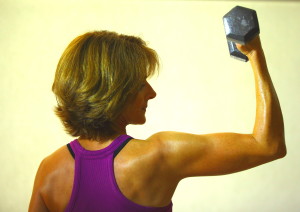 So the takeaway for you is me harping about diet. Again. When all else fails, stay true to your nutrition because…holding microphone out to the crowd DIET IS 80%. Right?? And I’m not the only person this has worked for.

Take my friend JoEllen, over at eatlivefit. She just went through the very same thing, and exceeded her goals with flying colors. One of my clients just took off for Disney World. My advice to her upon hearing her worry about getting the workouts in? Eat clean.

The takeaway for me is that I may not have to work as hard or as long to prep as last time, because I’m ahead of the game based on the consistency of my lifestyle. Not having to start over will save me months of re-work. A great example of Newtons first law, except instead of physically staying in motion it’s all about nutritionally staying in motion. 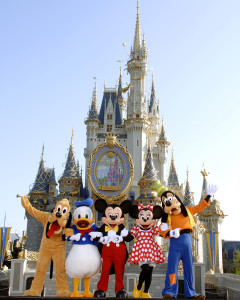 This principle is of such value in everyday life too, because most of the time we’re not prepping for pictures, but want to stay on track when life happens. Vacations, illness, injuries, job changes, moving, etc. And not only with ourselves, but people we love and care for too.

Looking to get started or back on track with your diet? Take a look at my 6 week online stage-based approach to lifestyle transition. Or, if you’re in need of a more personal approach to support, check out my coaching programs.

Have a story to add about your own success with the 80%?  We’d love to hear about it in the comments below.