I want to start this post by saying settle in. This is going to be a longer one with lots of detail very specific to ME; a 48 year-old working mother grappling with reverse puberty/perimenopause. I am not a medical anybody, nor am I you, so please understand that this is anecdotal evidence regarding food choices I made for my circumstances. That said, you may find yourself in similar circumstances, so my hope is that you can glean some good information from my experience, but again, this is about me and me alone. Just because I experienced weight loss and the remission of a boatload of symptoms doesn’t necessarily mean you will too. We are all little snowflakes so please keep that in mind as we go.

This whole saga began about 2 years ago when I started collecting random symptoms that I thought were just hormonal, but now realize were probably tied together enough to eventually present as an autoimmune diagnosis had I not made some changes. The tough part was that they were so random and unpredictable. Some would crop up together, then separate. Some would come and stay, others would come and go. Some seemed to fall into patterns with my menstrual cycle, others not so much. And I had SO many pathways from which the symptoms could have originated it was almost impossible to tack down any one thing. Let’s start by talking about my symptoms (listed in no particular order because I’m half-senile and I’ve learned that just going with the brain flow in the moment works best): 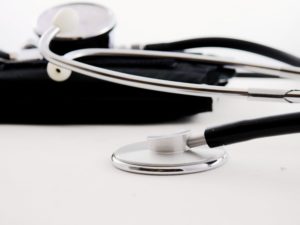 It all started with the joint issues and then just stacked up over time from there. Eventually, as the symptoms piled on, I began researching. Most of them looked like they could be part of an autoimmune disorder like Rheumatoid Arthritis and/or Sjogren’s Syndrome. Or any garden variety AI disorder for that matter. So my GP referred me to a Rheumatologist for testing. Over the course of 2 years I went through 3 rounds of x-rays, 3 rounds of  blood tests and 3 rounds of battling anxiety about the unknown, all with no diagnosis. Good and bad because although I was relieved to learn I didn’t have those diseases, I was pretty miserable and at least wanted to have some kind of box to finally dump those symptoms into.

Back to the research. After delving further into the mystery I realized most of these symptoms looked like they could be part of perimenopause too. UGH! NO WAY could the symptoms be THIS bad for this downshift into the shuffleboard lifestyle. Right?!? WRONG, so said my GP when I went back looking for answers post-Rheumy dismissal. Go ahead, look up the words “menopause” and “perimenopause” on the internet. You’ll roll through screen upon screen of dismal facts, figures and tales of woe detailing this cantankerous chapter in women’s lives.  It really CAN be miserable for some of us, and the evidence of this fact abounds.

My GP was kind enough not to laugh as I carefully placed my jaw back into its socket. I mean ALL THIS just because of hormones? After some deliberation I reluctantly agreed to try Hormone Replacement Therapy (HRT) to try and relieve my symptoms. HRT is usually defined as a cocktail of replacement hormones designed to suit your particular deficiency. According to my most recent saliva test I was running low on estrogen and progesterone. I’d tried progesterone therapy alone a few years ago and it didn’t go well. This time I’d get to add my dear old friend estrogen, who so pleasantly ushered me through 18 years of my reproductive life dressed as The Pill.

I know many women struggle and suffer on this variety of birth control, but I was happy as a clam on it. It kept my skin clear, my moods stable and my upper lip smooth. It worked so well, in fact, I was convinced that my poor PMSing friends were being drama queens. The Bloating! The Cravings! The Mood Swings! Pfft! I was a medical marvel, a prime specimen of womanhood breezing through my menses every month with flying colors (that is until post-pregnancy when things changed and it just wasn’t as helpful anymore).

The idea that I got to add it back was somewhat exciting, and you know what? It worked at alleviating a bunch of my symptoms. Especially the acne and the joint pain. I even conducted a few experimental weeks where I tore off the estrogen patch. Sure enough the joint pain, dry eyes/mouth and acne would slowly begin to escalate. The only thing I didn’t enjoy was the persistent cravings, bloating, weight gain and feeling like I was pregnant all the time. I believe the progesterone was causing that based on my previous experience, but if you have a uterus, you can’t take the estrogen without progesterone because of the cancer risks. The only upside of the progesterone was that it allowed me to get with my BAE estrogen and it definitely helped in the libido dept. So I still wasn’t entirely where I wanted to be, but things were looking up.

That is until THAT NIGHT. Back in late August I was mid-cycle PMSing and experiencing cravings of exceptional proportion (a new set of fun at ovulation time to add to my monthly turmoil). I had downed more than my fair share of food trying to get the cravings to abate, so that only added to the obligatory bloating. This time, though, things were different. My stomach literally began to boil, offering up quite an orchestra of gastric notes for emphasis. It wasn’t until the multitude of bathroom explosions soon after that got me wondering what exactly the F was going on.

Incidentally, I’d begun having major joint pain, dry eyes and mouth again. I’d also conducted some research on dairy for the small person who too was having some weird symptoms of her own. And because I had consumed a particularly extensive amount of cow products that night, I decided both dairy and HRT were the culprits. So I ripped off the patch, ditched the yam cream AND the dairy. I’m a little volatile that way.

So it’s been 3 months since then. I took this much time to report to you because it took some time to sift everything out and be sure my actions really did affect my outcome. I’m still (mostly) off dairy and unfortunately lots healthy foods I enjoyed too.  The IBS symptoms presented the most misery, so they took priority in terms of my focus and attention. I won’t go into all the trial and error and epic fails, but after my initial self-diagnosis paired with a legit diagnosis of IBS-D, I have arrived at an entirely new (Dr. approved) way of eating: the prescribed IBS DIET.

I found this awesome website that laid out all the details and has helped me immensely. It’s been so effective, in fact, that I get many days now where I can eat like I did before without too much turmoil. I just have to be very quick to shift eating gears when the IBS symptoms start. It’s basically lots of processed white carbs: white rice, potatoes, bread, pasta and my personal travel favorite, white tortillas. It calls for very few whole grains, dairy or fruits/veggies and nuts. Fortunately lean animal meat gives me no issue, and I’ve been able to substitute most of my old dairy to coconut or almond varieties. I’m still really bummed about the loss of my fat free greek yogurt and whey protein, though. This is what I’m drinking now.

And now we’ll get to what this post was supposed to be all about: dairy. No I don’t have an official “allergic/sensitive to dairy” status because I’m frankly tired of the medical community. It’s not that I don’t like them, it’s just that I have more pressing things to do than subject myself to more tests and expense. From my current experience I feel like it was affecting me for sure, and in MANY ways I hadn’t realized. Looking back, I think I was always sensitive to it, but the issues really ratcheted up when my hormones started wigging right after the small person emerged (when I was 36). Now days I still get flare ups of some symptoms during THOSE times of the month, but otherwise I’ve kicked most of them to the curb in my day to day. How do you like me now!?!

Symptoms that went bye bye after the dairy did

Did you see that ACNE was on the list of bye bye symptoms?!? #goals! How many years and meds and docs and GOBS of concealer did I suffer through? All along it was dairy! And to prove it, I have successfully manifested small breakouts with a good dose of cheese, chocolates or other cow-laden foods. Ugh! Live and learn.

These are the symptoms I’m still dealing with, though mostly only mid-cycle and the week leading up to my period: 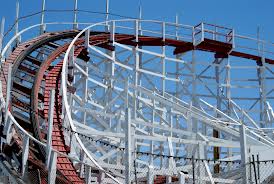 Will I have all these issues forever more? I really hope not! I’ve read a LOT about this STUPID menopause process and many women cite that they feel ‘back to normal’ once they’ve completed it. However, how long to get back to the normal-ness varies with each individual, as does the number of years the perimenopause trip will take you. If you’re currently in this stage of life my heart goes out to you. I think I’m probably one of the outliers who REALLY has a low tolerance for the hormonal roller coaster that’s required to get us to the other side. I honestly hope you’re more immune. BUT if you’re not, I hope this little story helps you feel more ‘normal’ and helps you to understand that everything you’re feeling now may be your new normal for at least a little while. Got some comments, feedback, relatable rants? Drop us a line below.