20 years ago I came across my first fitness book on a night table while visiting some relatives. I picked it up and read it cover to cover in the span of 1 day. I was so obsessed with it the owner generously gave it to me to take home, and it still sits on my bookshelf today. It was chock full of SO much information I put a bunch of it into action right away. 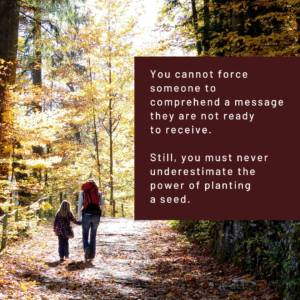 What I want to talk about today, though, is one bit of information that I DIDN’T act on. For over 13 YEARS I read and re-read that book, along with several others, and only applied the weightlifting portion to my personal plan. The authors stressed time and again that nutrition was just as important as working out. So much so that about 50% of each book was dedicated to eating. This is an absolute truth in fitness, and everybody knows it. But I wasn’t ready to hear that. I was hungry for the info on lifting and only lifting…except for a single sentence that always stuck with me. I don’t have the exact quote because I’m still not sure where it came from, but it went something like: “Lifting is great, and you’ll see some good results, but once you dial in your nutrition it’s like MAGIC.” That word magic lingered at the back of my mind for over a decade. It was the truth. But it wan’t MY truth; not until I was ready to put it to use.

I wish I’d been ready to move on it sooner, because what I experienced actually was magic. But manifesting it had to come intrinsically from the belief within me and nobody else. Somebody out there planted that seed, and it cost me some time, but what took root was incredibly strong and sustainable. MUCH stronger than if I’d tried it blindly because I was “supposed” to. People can try to tell you the truth, but unless you’re actually in a position to really hear and accept it as YOUR truth, it just doesn’t matter; hats and bunnies notwithstanding

So. If you have this idea, or goal or “truth” thing that you keep thinking about but haven’t quite put into action yet, keep after it. Don’t worry that it’s still floating around out there. Let it come as you contemplate applying your knowledge. Just keep tending to it because what you think and what you believe you eventually become. And that truth, my friends, is magic.

Have you finally accepted a truth that you’ve been told before? How long did it take you? Was it magic? 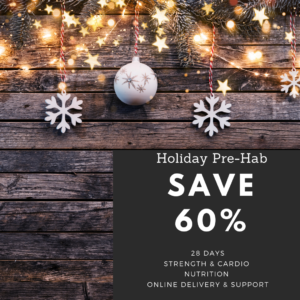 Ready for some fitness magic you can get started on pronto? Join our Holiday Pre-Hab Challenge! Instead of waiting until January to undo everything you will probably end up doing (again) this year, why not just keep from doing it in the first place? And all while still feeling like a human and enjoying your holiday traditions. Starting over is SO last season, let’s catapult you into 2020 in massive momentum! Jump on this one quickly, it’s the only discounted workout program I offer ALL YEAR. Registration closes Dec 1.

If you’re new to Fort Collins you can learn more about where I came from, where I’m hanging out and how I’ve been able to help some awesome people right here in northern Colorado.